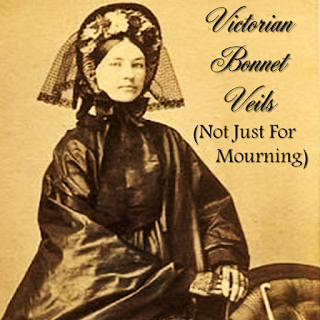 As you can see from this CDV, veils were worn with both bonnets and hats. These ladies have pulled their veils back so you can see their faces. 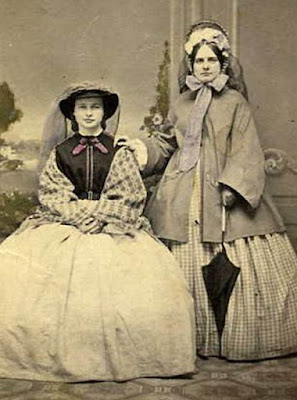 Veils have been worn for centuries so ladies wearing them in the 1860s was not a new idea. Veils were worn by young and old alike. Here is both an older lady and a young lady wearing one. 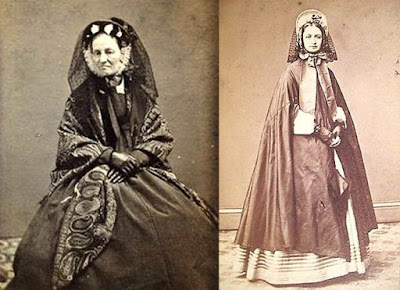 Regardless of race, income and social position, many ladies wore them. 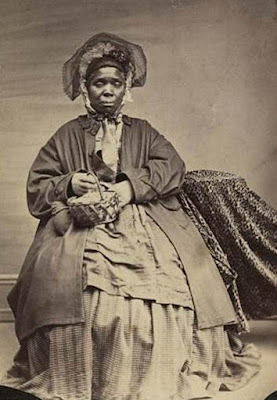 They were appropriate for both winter and summer weather. 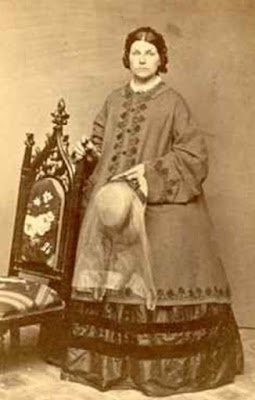 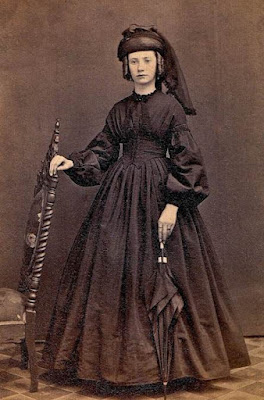 Veils generally come in a half-oval shape or some rectangular configuration. They seem to be predominantly black or white, but they can also come in colors such as blue, green, and brown. The following snippets from fictional works of the day will illustrate.

Godey’s Lady's Book, 1861
My Ward
She was muffled up in furs, woolens, shawls till she was nearly as broad as she was long, and wore a heavy brown veil.

Peterson’s Magazine, 1864
Fanny’s Flirtation
As the vehicle drew up, in obedience to my summons, a glance inside discovered two females—one somewhere between sixty and a hundred and fifty, and the other composed principally of green veil drawn well over the face...

Peterson’s Magazine, 1864
The Lost Estate
She stopped and looked after him, thrusting the brown veil aside that covered her face.

Littell’s Living Age, Volume 74, by Eliakim Littell, Robert S. Littell (1862)
Chronicles of Carlingford
He went that way—that way, look!—in a cab, with somebody in a blue veil. 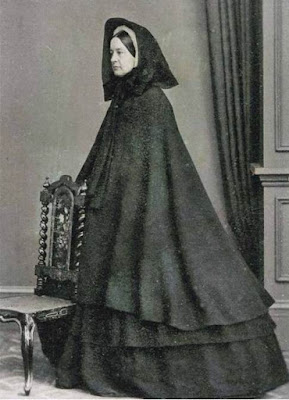 I love this lovely yet practical Victorian accessory! In fact, I offer bonnet veils in my shop. My veils are copied from an original veil in my collection.