Ladies’ Aid Societies in the South 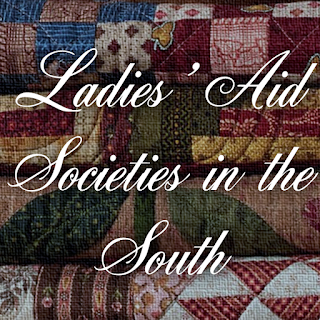 Southern women rose to the occasion as demanded by the needs of war. They kept the homefront running, but they also provided a great deal of support for the Confederate soldiers. The Confederate government was in its infancy when the war ensued and the Commissary and Quartermaster Departments of the new government were never able to completely catch up to the needs of its soldiers. There was no government-legislated “Sanitary” or “Christian Commission” to perform this task. The women of the South saw it as their mission to stand in the gap. Soldier's Relief Societies and Wayside Homes were organized in the communities across the South. Societies met in private homes, churches, schoolhouses, town halls—wherever was convenient.

Thanks to newspapers of the day recording activities of the ladies, and the fact that some of the societies kept detailed records, we can know with some specificity the sorts of efforts that were made to feed, clothe, and contribute medical supplies for the men. Being in South Carolina, I have chosen to focus primarily on the ladies of this state.

Following are some excerpts from the Charleston Mercury and Charleston Courier.

Charleston Mercury, January 3, 1861
The Surgeon-General respectfully and gratefully acknowledges the patriotic response of the ladies to the suggestion to supply bandages. They are rapidly coming in…”

Charleston Mercury, January 5, 1861
The Columbia ladies are receiving contributions for the purpose of aiding in furnishing members of the rifle company with such articles of uniform and equipment as may be necessary, at short notice. Several ladies have agreed to make up the uniforms and are now engaged in the patriotic work. All honor to the ladies of Columbia.”

Charleston Mercury, March 6 and 11, 1861
Surgeon-General Gibbes acknowledges the receipt of $40.00 from a lady of South Carolina, living in New York; $20.00 from a lady in Charleston; and $5.00 from a young lady…and returns thanks for $261.00, given by a lady, for the purchase of surgical instruments.

Charleston Courier, May 8 1861
We learn that the ladies of the little town of Pendleton, hearing that some of the volunteers were in need of uniforms, have offered to make 500 uniforms, in five days, if needed….Besides this, they have raised a subscription for a handsome flag, to be presented to Captain Kilpatrick’s company, now encamped here, and another for a company in Pickens District, under the command of Captain J. L. Shanklin.

Charleston Courier, May 29, 1861
The readiness of the women to help in any way is showed by their offer at this date to make cartridges. 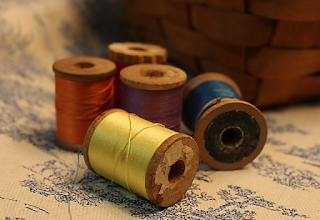 Later we see the relief organizations mentioned. The associations seem to have been very organized and apparently the common practice was to immediately elect or appoint officers.  They also had serious objectives, such as the stated purpose of the Hospital Aid Society of Spartanburg, which read, “to provide garments, hospital stores, and other comforts for our sick and wounded soldiers, and secondly to furnish underclothing, socks, and other articles needed for our soldiers in the field—these objects to be carried out by voluntary contributions of money, material, and labor.”

The Calhoun Monument Association issued a call for a general meeting. It was recorded in the Mercury as follows:

Charleston Mercury, July 24, 1861
The good work of raising help for our gallant volunteers goes bravely on. Notwithstanding unfavorable weather, a large attendance of ladies took place at the Depository, Chalmers Street, in accordance with previous notice, Dr. Bachman presiding. The meeting was addressed by a number of the clergy of this city.

The objects of the association were stated by the Chair, and contributions invited. One hundred and twenty names were handed in as members, and cash donations of $700, which, with previous donations, make the sum of $1,200… There was also a full attendance at Trinity Church yesterday, all eager to get to work. Contributions filled the doorway. Boxes upon boxes of comforts for the poor sick soldiers have been contributed…..Another meeting will be held today at the Young Men’s Hall, when the ladies who have been cutting out will supply work to those who wish to help….The meeting yesterday was opened with prayer by the Rev. Dr. Girardeau, who requested the ladies to spend the rest of the day collecting sheets, bandages, underclothing and books.

The Soldiers’ Relief Association of Charleston also met that day as noted:
The Depository, in Chalmers Street, Charleston, will be open today, and on every Wednesday, to received contributions from those who desire to aid our sick and wounded soldiers. Old sheets, pillowcases, undergarments, old or new, linen or cotton rags, housekeeping stores, rice, barley, arrowroot, flaxseed, tea, sugar, brandy, wine, especially blackberry, etc., are desired. These will be forwarded to Virginia immediately.

Charleston Mercury, July 25, 1861
A notice of the meeting of the Ladies’ Association in Aid of Volunteer Soldiers, held at the South Carolina Hall. The hall was over-flowing. Nearly $1,000 collected. Officers were elected, but the list was not ready for publication.

Charleston Mercury, July 26, 1861
The Ladies’ Auxiliary Christian Association is now thoroughly prepared to furnish whatever aid may be required by our sick and wounded soldiers.

The committees are organized and working efficiently. Those appointed to cut out and fit work will meet daily at the rooms of the Young Men’s Christian Association in King Street, apposite Beaufain. Several ladies will be in attendance at the same place every day from ten to twelve in the morning, and from six to seven in the afternoon, to receive contributions, distribute work and materials to those wishing to contribute labor, and to receive the garments which have been made.

Charleston not only formed associations, but was so detailed as to designate “ward managers” in the various parts of the area. The managers are listed by name per “ward” and where the particular managers met with their ward volunteers.

According to a Mrs. Brunson of Greenville:
The ladies of our town met at McBee’s Hall, and the basement of the Baptist Church, to sew for soldiers. Country neighbors also formed sewing circles, and some of the old ladies were so expert as to be able to knit as she walked or rode along….I think it was twice a year that a member of the Butler Guards would come with measurements for the men’s clothes, and then the ladies would work hard until these uniforms were finished….The woolen socks were most acceptable to the infantry, as they were soft to their feet while marching….Boxes filled with hams, sausages, dried beef, butter, bread, dried fruit, pickles, etc., were sent on to the soldiers by their families…..Cloth was woven by small hand looms, both cotton and wool. Miss Rydes, a country lady, spun and wove a nice gray woolen cloth and sent it on to General Beauregard as a present. 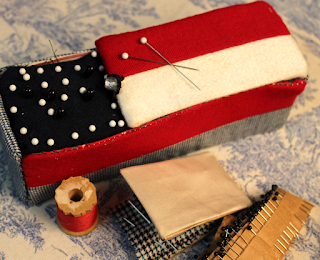 Ladies of Greenville made nice buckskin gloves, also knit many gloves and scarfs for men of the cavalry and artillery. I could go into the woods now and find the same kinds of leaves with which we colored the wool and cotton. Indigo was planted and used for coloring both wool and cotton….Maidens found, in chests and drawers, a few skeins of scarlet wool, to crochet and knit stripes in scarfs for young friends in artillery service….The flocks of sheep seemed to grow patriotic, giving us fine wool.

Churches in the South had services several times a week, and earnest prayers ascended on high for the safety of our armies, and for consolation to those who had lost their dear ones. Women had been told of their grandmothers’ loyalty and industry during the war with England, and were trying now to show the same love to their defenders.

If one, six, or more men sought shelter and food at private houses while passing through town, they were invited in and entertained….Housekeepers gave away their blankets to any soldiers who needed them….All over the South, ladies met trains, provided with baskets of food and hot, steaming rye coffee for traveling soldiers.

Mrs. Virginia C. Tarrh of Cheraw writes:
Soon after the fall of Sumter, when the best and bravest were making ready to go, the women established a society for making clothes for the soldiers….Every woman learned to knit—even little girls—and I recall one friend, now the wife of a veteran, who learned to spin and weave, and who turned her knowledge to good advantage.
Miss S. C. Waring of the Ladies Auxiliary of Black Oak related:
The ladies knit and kept supplied many companies in socks and gloves, caps, shirts, and comforters. For four years we worked unceasingly, and even at evening parties the knitting needle was a regular attendant.

Mrs. W. W. Harlee mentions a fundraiser:
Twice we held entertainments to raise money for the soldiers—one, an exhibition of tableaux, was held in the house at Mars Bluff Depot, and the second was a fair, held in the “Goodwin house,” as it was then called…This fair was quite a success, the articles for sale having been contributed by the ladies of the neighborhood….

Miss Anna Simpson from Pendleton remembered:
Spinning wheels, looms and dye pots were brought into requisition. Wool of home production was speedily converted by loving hands into warm flannels and heavy garments, with sort scarfs and snugly-fitted leggings….Later on, societies were formed to provide supplies for the general demand…Every available fragment of material was converted into some kind of garment.

Miss C. O. Barnewell from Beaufort recalled:
In the summer of 1861, the ladies of this town organized a society for the purpose of working for soldiers. They made coats, pants, caps, comfortables and shirts, which were given to Dunnovant’s regiment, stationed near town. 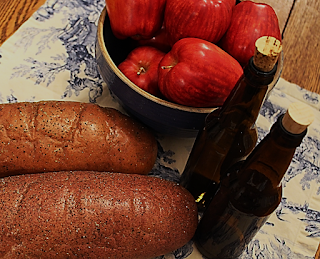 Of course, the girls in Columbia, as everywhere else, learned how to knit. Even children could manage suspenders. Some of the girls were expert enough to read aloud while knitting, and in this way the few new books that reached us during the war (Les Miserables and Great Expectations, among others) were often read to an absorbed but industrious group.

The Hospital Aid Association of South Carolina was formed by some of the men of the state in Columbia. A Dr. M LaBorde was president and located in Columbia, and a Reverend Robert W. Barnwell was established up in Charlottesville, VA. Many of the women’s societies sent their supplies to Dr. LaBorde in Columbia who then sent them up to Reverend Barnwell to be distributed as needed.

Lists of articles sent to the hospital in Columbia include many items such as:
Four dressing-gowns 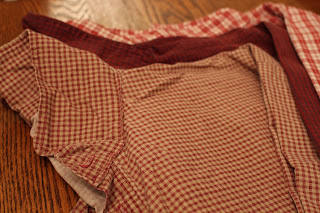 As noted in the introduction to the published minutes of the Greenville Ladies’ Association in Aid of the Volunteers of the Confederate Army, the records and narratives of the Southern states  ...Apart from their purely local significance, however…serve a broader purpose in chronicling a typical segment of the economic and social life of the Confederacy. The records of the weekly meetings of the society reveal in bold relief the activities which were characteristic not only of this small community, but of the Civil War experiences of women through the South….all disclose in concrete form the patient efforts with which these women exerted themselves to meet the greatest crisis in their history. (1)

1. James Welch Patton, ed., Minutes of the Proceedings of the Greenville Ladies' Aid Association in the Aid of of the Volunteers of the Confederate Arm, 12. 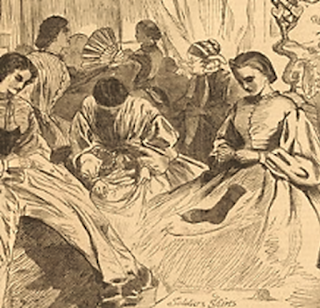