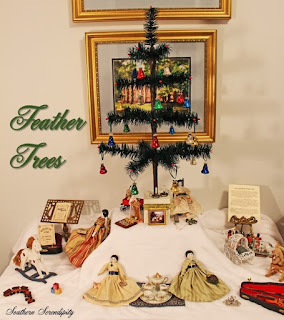 Feather trees came about as an answer to a problem.

In Germany the popularity of Christmas trees was such that it threatened the country’s forests. It had become the practice to lop off the top off larger trees to create smaller trees for the home. Once topped of in this fashion, the trees no longer grew any taller and were nearly useless. Finally statutes were enacted limiting the citizens to no more than one tree. This action protected Germany’s forests.

Some creative person in the 1840s introduced the feather tree as a substitute to a live tree. Goose feathers were plentiful in Germany and a cottage industry soon developed. Regarded as the first artificial Victorian Christmas tree, the trees became very popular. 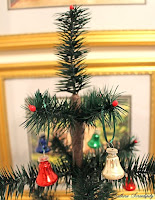 Germany’s forests were largely white pines which have wide spaces between their branches, so the feathers trees have the same design. Small artificial berries were added to the tip of each branch.

When German immigrants arrived in the United States to places like Texas and Pennsylvania, they brought their trees with them. Feather trees eventually became popular here after Sears Roebuck advertised them in their catalog. The fad continued until fading away during World War II.

I have chosen a green feather tree to add to our collection of trees in our home and I decorate it with vintage ornaments. Just for fun, underneath I have placed miniature toys, some of which are also vintage. This little tree doesn’t take up much room and it adds a festive air to my office. I love collecting miniatures, so the feather tree display gives me a good excuse to keep up the collecting hobby! And by displaying a feather tree, I am reviving a good ole Southern tradition in keeping with my Texas heritage. 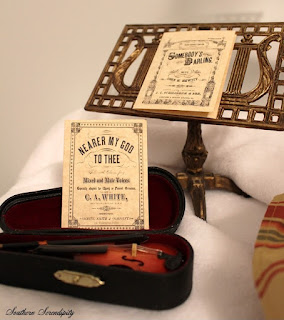 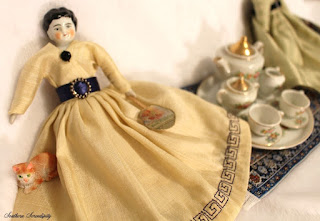 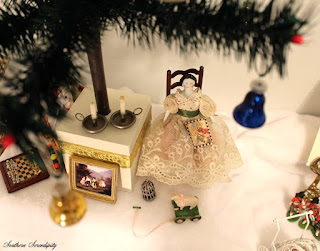 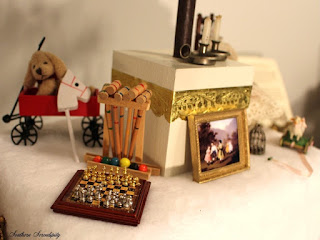